Does an advanced editor for visuals exists?

So my company is changing its logo color and color code which mean I am going to have to change the color of most of the visuals I am responsible of. So I was thinking, when i'm designing reports on Power Bi i'm just using an UI, behind the screen its just lines of codes that are being written. So I thought i could simply open the PBIX file with notepad and each time i saw the previous color HEX code i would replace it with the new one (thought i could do that through a simple text program doing FIND "X" replace by "Y"). Unfortunately the file is coded so I do not see anything except machine language.... I was wondering if there was an advanced editor (like there is in Power Bi Query editor) that just show the raw code of the report? If so how can I access/modify it? If it does not exists within the Microsoft Environment does it exist elsewhere?

I know I could just go through all the reports and manually modify the HEX color code on each individual visuals but that would not be fun !

If you guys have ideas it would be greatly appreciated, 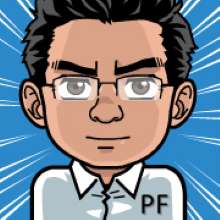 Man, in your case you can work with the themes and study the files. At the level you reported, I find it rather difficult to find something simple at the moment.

Man, in your case you can work with the themes and study the files. At the level you reported, I find it rather difficult to find something simple at the moment.