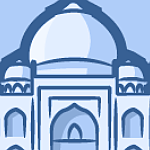 When i first read about this challenge i thought to myself, why not create something that tells a story about Power BI itself - because its such a great tool.
At first i started searching around of what type of information that would be interesting to show.

I then later started looking at the Power BI Blog because it contained so much information, and i got an idea to use the RSS feed to fetch the data from the blog...

However, that did not go very well, because the RSS feed is pretty limited - And i did not want to build some sort of scraper because of reasons (TOU e.g.)

So i got this crazy idea to collect all this information manually... And i did. I did also collect every feature announced during 2017 separately.

This reports shows every single blog entries written on the Power BI blog website during 2017, aswell as the features announced.
It also contains some information about other events, such as the gartner report and some Power BI awards.

As you navigate through the report you can choose to see some insights about the blog entries and features announced during 2017. You can also view all the features and blog posts in text, with links that will take you directly to the actual blog post.
There is also a possibility to see all the blog posts and events in a timeline using the Timeline storyteller custom visual. This is a great tool for visualizing data over time. If you havent tried it out yet - you should!

Ive used quite alot of bookmarks in an attempt to create a pleasant and smooth navigation. And because of the choice of navigation i want to really focus on the fact that you are able to switch between different "pages" and still maintain the sliced values - This is probably my own personal favourite feature using the new bookmarking feature - TRY IT OUT! Its practically a way to slice data through different pages.

Other then this, i also created a feedback app in PowerApps, which i integrated in Power BI using the PowerApps custom visual. The feedback is stored in an excel-file and emailed to me personally using the flow connector for PowerApps and Gmail.
However.... when i tested this report using a publish to web link, i realized that the PowerApps app didnt load. I suspect this is because of the fact that you cant share a PowerApp outside of your organisation.
However i havent found any actual facts about this not working in embeded links outside of the organisation, so i decided to leave the page in the report if it miraculously started working for someone (You can access it from the bottom left link on the start page)

Some practical information
-The colors in the report is chosen to match the colors of the most common Power BI colors - yellow, white and black.

-The dataset for the report containing all the feedback given (except the comments for reasons.) can be found here

-I want to apologize on beforehand if there is any errors or issues with data quality in the datasets. Ive done my best

I also want to mention that 2017 has been an amazing year for me, as it was my first year working professionally with Business Intelligence. Power BI has given me so many great opportunities to learn, evolve and expand around the beginning of my career within the BI field.
Now after this report got finished, it shed alot of light on the huge amount of work the Power BI team has delivered during 2017. For that, as a small notice, i would like to dedicate this to the Power BI team and give you a huge KUDOS! You have done such an amazing job during the last year (and before that) - which i hope will be shown in this report to anyone else watching.

I have posted the report on my newly created website. Im thinking about writing a blog post on some parts developing this -sometimes in the future. It will perhaps depend on the feedback given to me.
http://www.maxwikstrom.se/uncategorized/power-bi-year-in-review-2017/

i would really appreciate any feedback you can give!
Now im going back to my regular life.